□ Doosan Lentjes, Doosan Heavy’s subsidiary in Germany, recently signed a supplier agreement together with the Korean EPC contractor Posco Engineering & Construction for the WtE plant project in Warsaw. The contract is valued to be approximately 67 billion won. This will mark the third WtE project to be won by Doosan in Europe since last year, following after the 220 billion won Olsztyn WtE Plant project that was won last August in Poland and the 120 billion won Dinslaken WtE Plant project that was won last October in Germany.

□ The WtE plant, which was requested by the Warsaw waste handling company MPO, will have the capacity to treat 730 tons of daily residual waste from 850,000 local citizens, which would then be converted into 20 megawatts of heat and electricity. Once constructed, the plant would become Poland’s largest WtE plant to date. Doosan Lentjes will be supplying the main components, such as two boiler units and a nitrogen removal system, over the years leading up to 2024.

□ “We plan to aggressively target the European WtE market, where the strengthening of waste resources-related environmental guidelines will likely lead to new orders for as much as 80 additional WtE units,” said Hongook Park, CEO of Doosan Heavy’s Power Services Business Group.

□ A WtE plant is a facility that is used to convert various combustible waste coming from industrial sites and households into energy through processes like gasification, incineration or thermal decomposition. The WtE plants are receiving much attention these days, as they can be used to not only supply electricity and heat, but to also help with reducing environmental pollution through the minimization of landfills. There is a rising number of new orders coming in from the European WtE market, due to the growing demand for replacement of aged plants and the implementation of landfill restricting policies in the region. 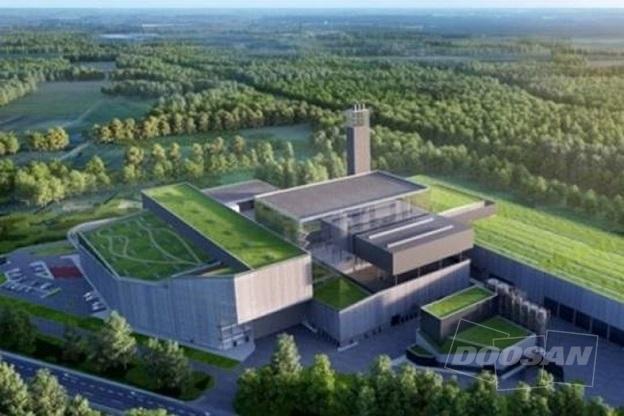