Doosan Enerbility holds the capability and technology for manufacturing and supplying the main components of large hydroelectric and pumped-storage hydro power plants, such as hydropower turbines, hydro generators and I&C systems.

As the only company in Korea to hold the capability and technology to manufacture and supply the main components for large hydroelectric and pumped-storage hydro power plants, such as hydropower turbines, hydro generators and instrumentation & control (I&C) systems, we have a one-stop production system that covers all the stages of manufacturing from material handling of turbines, generators and castings & forgings to the finished product stage. 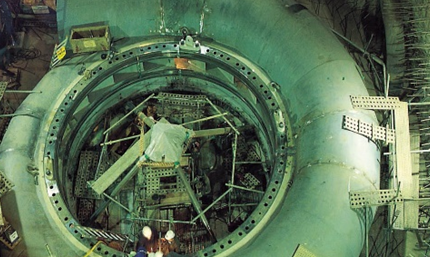 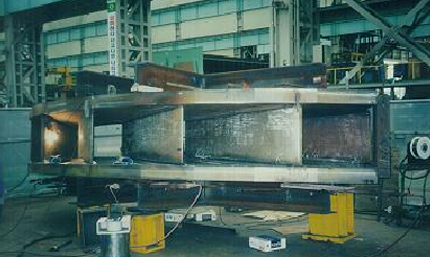 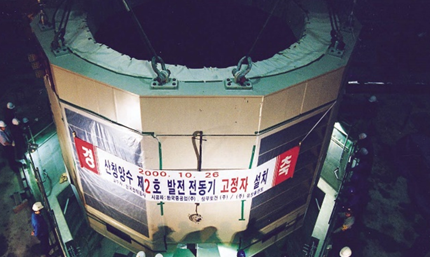 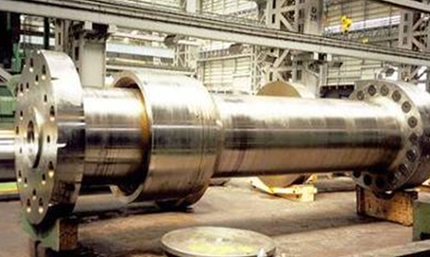 Since supplying the main components for the Gangneung Hydroelectric Power Plant (41MW x 2 units), we have participated in all the modernization and new build projects of hydroelectric and pumped-storage hydro power plants in Korea, including the ones in Muju (300MW x 2 units), Samryangjin (300MW x 2 units), Sancheong (350MW x 2 units), Yangyang (250MW x 4 units) and Yecheon (400MW x 2 units). Having been selected as the EPC contractor in 2020 for the Upper Trishuli-1 Hydropower Plant project in Nepal, which is being led by Korea South-East Power(KOEN), we are in charge of supplying the main equipment and the overall plant construction. We are taking part in not only the modernization and new build projects scheduled for the hydroelectric and pumped-storage hydro power plants in Korea, but are also targeting the overseas markets, including Southeast and Southwest Asia, based on MoUs signed with partners like Korea Hydro & Nuclear Power, KOEN, Korea Midland Power(KOMIPO) and Korea Western Power.

We are currently working with partners like Korea Hydro & Nuclear Power and institutes in the academic and research fields on the local manufacturing of 30MW hydraulic turbines and generators and are also engaged in various cooperative efforts aimed at developing and promoting the growth of Korea’s hydroelectric power industry.