- Doosan’s electro-absorption crystallization technology used to recover lithium carbonate
- Demonstration project to be conducted on facility capable of treating 1,500 tons of spent batteries
Doosan Heavy Industries & Construction announced on May 23rd that it had succeeded in developing the technology for recovering lithium carbonate by recycling waste batteries.

Lithium carbonate, a key material that is used in batteries for the generation of electricity and charging of batteries, is widely applied in electronic devices like laptops and mobile phones.

The extraction of lithium carbonate from spent batteries is generally achieved by going through the process of heat treatment*, acid leaching (acidic solution used for melting of materials) and crystallization, which usually involves the use of chemicals such as sulfuric acid.
* Heat Treatment: Refers to the process of heating a material for a specific purpose, which leads to the altering of the material structure and properties. Spent batteries contain metal compounds, such as lithium, cobalt and nickel. The lithium reacts to the carbon dioxide emitted from the heat treatment process to form lithium carbonate.

Doosan has developed a new lithium extracting technique that does not require the use of any chemicals. This involves heat treatment of the battery materials, selective separation of lithium using distilled water and the use of electro-absorption crystallization technology to recover the lithium carbonate. The technology, which was developed by Doosan and for which a patent has been filed, has the benefit of being more simple and economical than existing methods and is also environment-friendly since no chemicals are used.

Starting in the second half of this year, Doosan will be embarking on various projects, such as a demonstration project for a facility with an annual capacity to treat 1,500 tons of spent batteries and the production of lithium carbonate with a 99 percent purity.

“With the development of this technology, we have now acquired an environment-friendly, resource-saving processing technology that generates noticeably less greenhouse gases compared to the existing lithium mining methods,” said Yongjin Song, CSO of Doosan Heavy Industries & Construction. He added, “We plan to aggressively target the domestic used battery recycling market, which is forecast to grow rapidly to the size of 19,000 tons by 2029.”

Doosan Heavy is actively leading the efforts to establish a “circular economy” with its waste processing technologies, such as the technology for spent battery recycling and hydrogen production based on waste plastic and vinyl, while also endeavoring to strengthen ESG management. 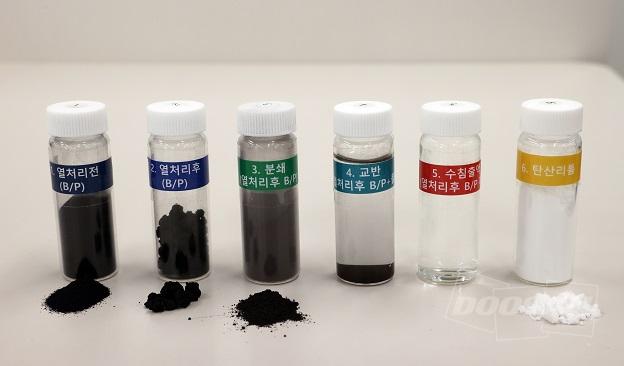 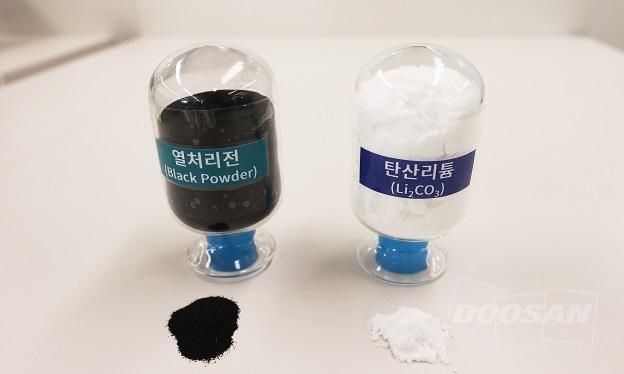