Doosan announced on January 21 that it had signed a MoU with Hassan Allam, a leading developer and large-sized construction firm in Egypt, and Almar Water Solutions, a company formed through a Saudi Arabia-Spain joint venture, agreeing to cooperate on a reverse osmosis(RO) seawater desalination project.

The MoU was signed at the “Egypt-South Korea Future Green Business Roundtable,” which was held on January 20 in Cairo, Egypt. The signing ceremony was attended by the related parties, among whom were Amr Allam, CEO of Hassan Allam and Hayong Jeon, Vice President of Doosan Heavy’s EPC Sales.

With the signing of this MoU, the companies agreed to enter into a comprehensive partnership regarding the delivery of a seawater desalination project that aims at producing a total daily water supply of 1 million tons* for Ismailia, a seaport city in the middle of the Suez Canal.
* 1 million tons is the daily water supply made available to citizens in Busan, Korea (approximately 3.35 million people).

“Over the past 40 years, Doosan Heavy Industries & Construction has built around thirty seawater desalination plants centering around the Middle East region, which has led to the widespread recognition by clients for our technical expertise,” said Inwon Park, CEO of Doosan Heavy’s Plant EPC Business Group.  He added, “We will endeavor to achieve a successful outcome for this seawater desalination project that is being jointly pursued by Egypt and Korea based on the recently signed MoU.”

According to Global Water Intelligence (GWI), the UK-based market intelligence provider for the water industry, Egypt is planning to place new orders for seawater desalination projects, amounting to 2.8 million tons of daily water production by 2025 and is aiming to supply 6.4 million tons of water per day through seawater desalination plants by 2050. 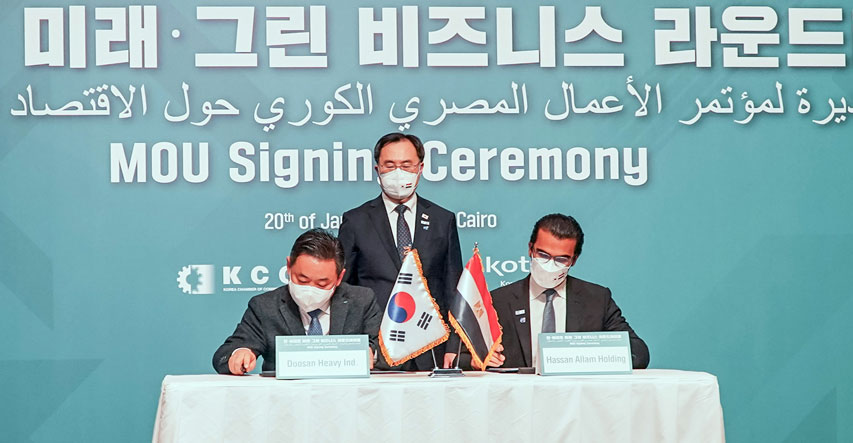 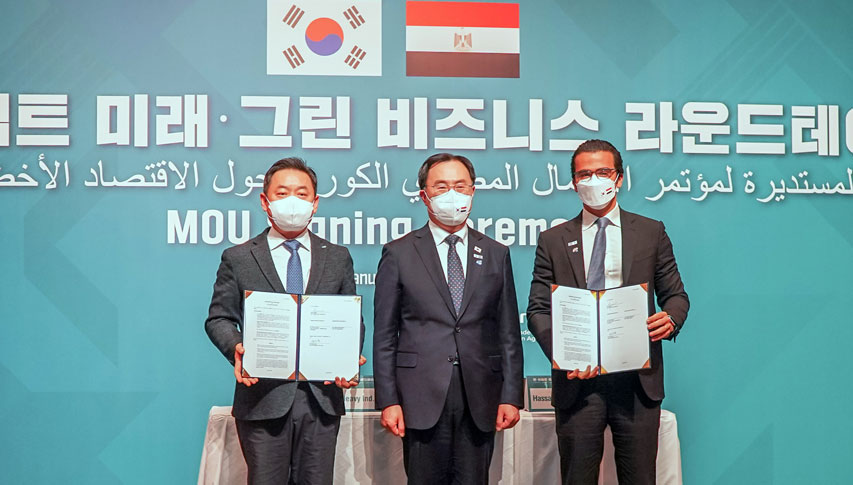