- 8MW turbine that is 232.5 meters tall, including blade length, putting it at nearly the same height as N Seoul Tower
- Model specially designed to be suitable for Korea’s low-wind speeds and scheduled to be commercially launched in June

Doosan Heavy Industries & Construction is stepping up its efforts to commercialize the 8MW offshore wind turbine, which is being developed as a national project.

Doosan announced on January 27th that it had completed implementation of the 8MW offshore wind turbine prototype at the Korea Wind Power Demonstration Center, which is located in Baeksu, Yeonggwang of South Jeolla Province. The commissioning process will be initiated at the end of this month, after which international certification for the wind turbine will be obtained and final preparations for commercialization will be completed in June.

The 8MW offshore wind turbine, which was developed as an industry-academia-research sector cooperation project led by the Korea Institute of Energy Technology Evaluation and Planning(KETEP) since 2018, is Korea’s largest wind turbine to date.  The 8MW wind turbine, encompassing the blade that is 100 meters long and tower that is 130 meters high, has a total height of 232.5 meters, which makes it nearly as tall as the N Seoul Tower which stands 236.7 meters tall. The wind turbine boasts of having a high efficiency, as it has the capacity to produce 8MW of power where winds blow at a speed of 11m/s and shows a utilization rate of 30 percent or higher even when the average wind speed is 6.5m/s.

Doosan applied the gearless direct drive-type generator to the 8MW wind turbine. This type of system has the advantage of providing higher structural stability and energy efficiency, owing to the simplified power transmission system, and lower maintenance costs.

“We have been working on developing a model that is specially designed to suit the conditions of the Korean wind environment, a typhoon-prone region that has an average wind speed that is comparatively lower than Europe.  By adding this large-capacity 8MW model to our existing models that include the 3MW and 5.5MW wind turbines, we have effectively expanded our product line-up,” said Hongook Park, CEO of Doosan Heavy’s Power Services Business Group.  He added, “By working together with the local wind power companies, we plan to increase the local manufacturing of parts, which is currently in the 70 percent range or higher, to an even higher percentage and will seek to contribute to promotion of the domestic wind power ecosystem.”

Last month the Ministry of Trade, Industry and Energy had designated the offshore wind farm in Korea’s southwestern region as the country’s first new and renewable energy cluster complex. In line with the efforts for expansion of offshore wind power, which included construction of the Southwest Demonstration Wind Farm (400MW) in North Jeolla Province, Doosan Heavy has been working on development of the 8MW wind turbine, one that is optimally designed to suit Korea’s wind conditions.

Doosan Heavy has been preparing for the growing number of offshore wind turbine orders in the domestic market by taking measures like building a second wind turbine shop at its Changwon headquarters and securing additional manpower last year. The company also signed a supplier agreement last year to provide equipment for the 100MW Jeju Hallim Offshore Wind Farm, which is Korea’s largest offshore wind farm to date. 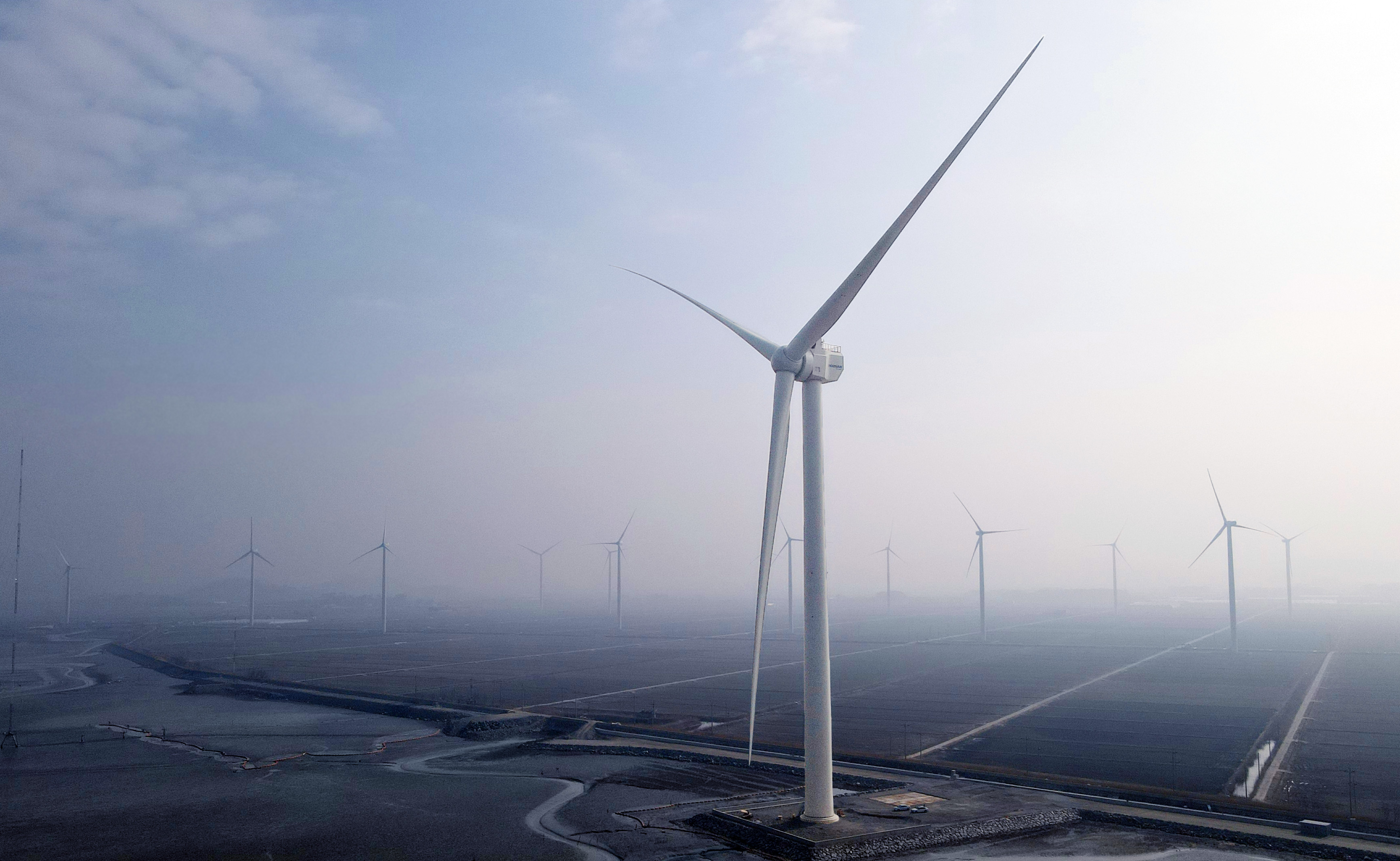 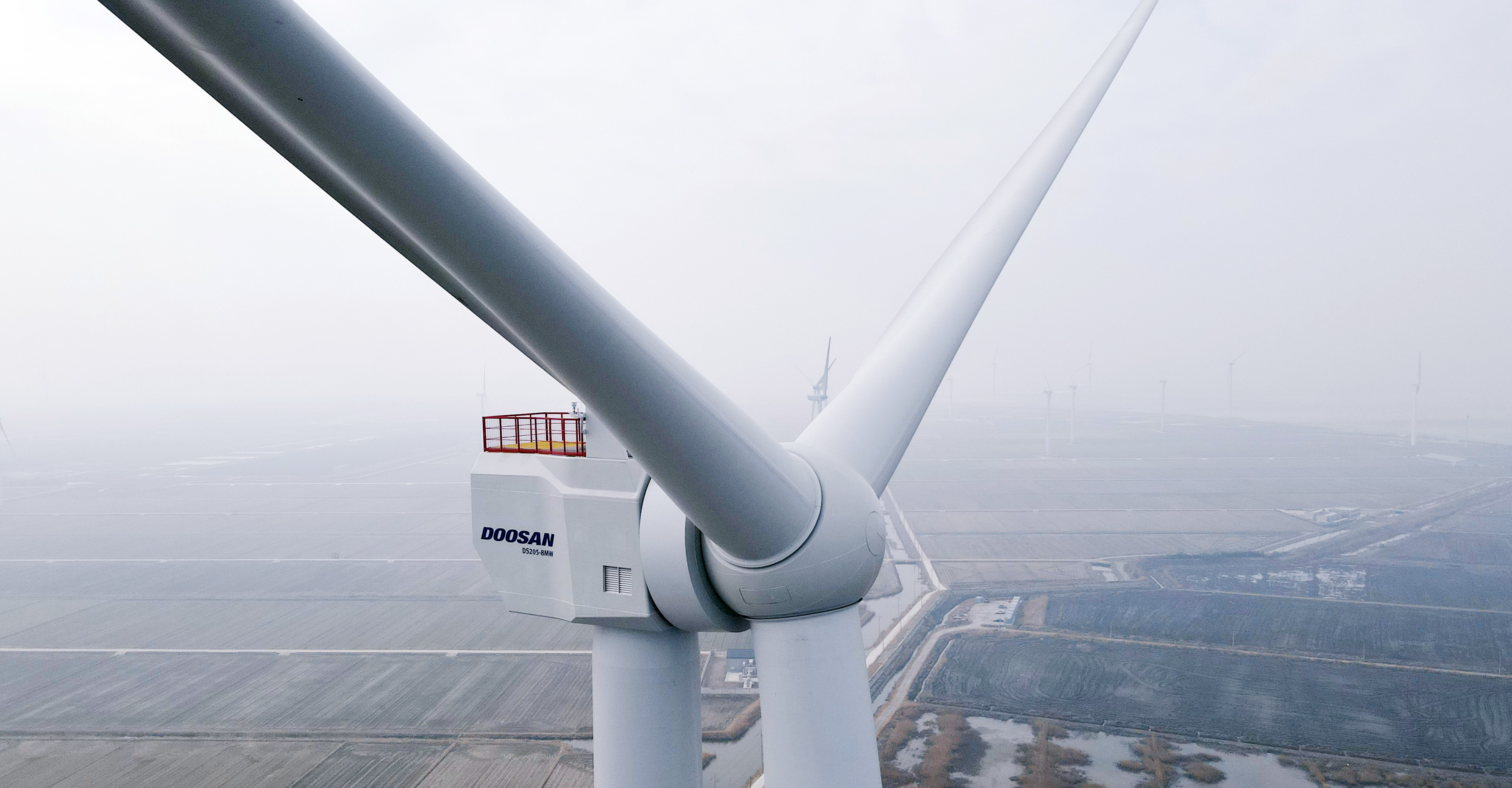