Doosan Heavy announced on February 17th that it had signed a business cooperation agreement with KEPCO Engineering & Construction(KEPCO E&C) on the “Commercialization of Ammonia-Fueled Gas Turbine Power Plants.” In attendance at the signing ceremony that was held at Doosan Heavy’s Changwon headquarters, were Sung-Arm Kim, CEO of KEPCO E&C and Hongook Park, CEO of Doosan Heavy’s Power Services Business Group, among others.

Ammonia-fueled gas turbine plants produce electricity by operating hydrogen gas turbines that are fired by hydrogen extracted from ammonia. As the hydrogen combustion process emits zero CO2, this makes it possible to achieve environment-friendly power generation. KEPCO E&C will be taking on the development of the overall power plant engineering technology, including plant optimization, while Doosan will be handling development of the main equipment, such as the ammonia reformer and hydrogen gas turbines.
*Ammonia, which is a chemical compound consisting of hydrogen and nitrogen, is regarded as being an economical and efficient “hydrogen carrier” as its hydrogen storage capacity is 1.5 times greater than the capacity available for storing only hydrogen. If a need arises for hydrogen, it can be obtained by reforming ammonia and having the hydrogen and nitrogen separated so that hydrogen can be extracted.

Through the signing of this MoU, KOMIPO will be responsible for the purchasing of renewable energy certificates(RECs) and operation of the power plants, while Doosan will be in charge of the EPC work and O&M services, including supply of the hydrogen gas turbine currently under development and other key equipment like Doosan Fuel Cell’s fuel cells, and JC Energy will be handling the obtainment of permits for the development projects and providing the project sites.

“With the signing of this MoU, we hope to expedite the development efforts for hydrogen gas turbine technology, so that we may contribute to achieving carbon neutrality, as well as promote a hydrogen economy,” said a source from Doosan. The person added, “Doosan Heavy plans to continuously pursue expansion of the eco-friendly energy business, including hydrogen energy, as well as wind power, gas turbines and SMRs.”

Doosan Heavy came to own proprietary gas turbine technology when it succeeded in developing on its own a large industrial gas turbine for power generation in 2019, making it the fifth company in the world to accomplish such a feat. Since 2020, the company has been applying this expertise and stepping up efforts to develop hydrogen gas turbine technology, such as by participating in the government-led project titled “Development of Eco-Friendly Hydrogen Dual-Fuel Combustor for 300MW High-Efficiency Hydrogen Gas Turbine” together with the Korea Institute of Machinery & Materials. 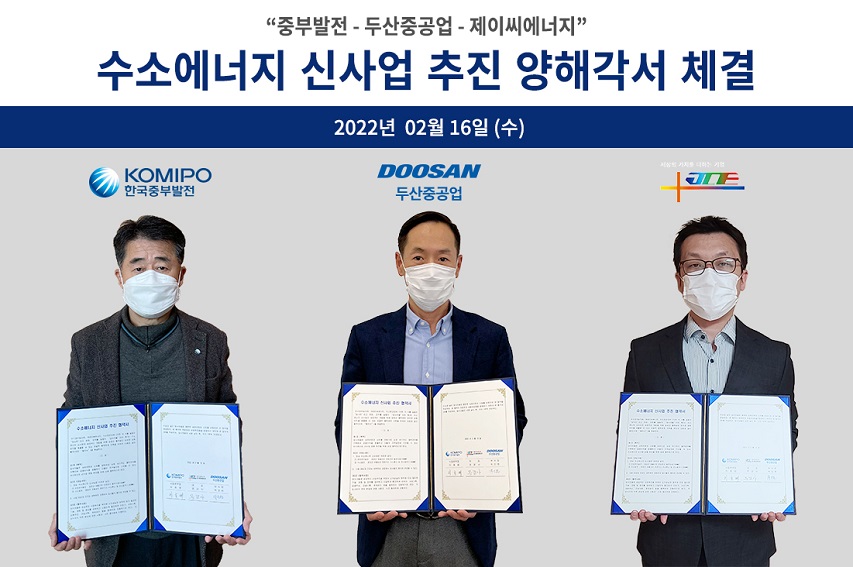