On July 22nd, Doosan Enerbility announced that it had released its “Integrated Report 2022,” a comprehensive report that covers the company’s business performance and sustainability management efforts for the past year.

Doosan Enerbility started issuing the Integrated Report since 2013 to show its steadfast commitment to sustainability and to share the company’s financial/ non-financial performance, all for the purpose of promoting effective communication with stakeholders, such as the shareholders and customers. This year’s report is the first report released under the company’s new name* which was officially adopted this past March at the General Meeting of Shareholders.

* The name "Enerbility" in “Doosan Enerbility” was newly coined by combining the words “energy” and “sustainability,” as a portrayal of the company’s aspirations to enable the achievement of sustainability with its energy technologies. The name reflects the company’s commitment to achieving sustainable management by enriching people’s lives and making Earth a cleaner planet with its technologies.

The company slogan reflecting such aspirations, “Energy toward Sustainability,” was newly devised and adopted in the recently issued Integrated Report. The report presented information about its four key growth drivers – the Gas Turbine business, for which the transition to hydrogen gas turbines is underway, the Renewable Energy business, which includes offshore wind turbines, the Hydrogen Energy business, and the Next Generation Nuclear Power Plant business, which includes the SMRs. It also presented the plans and accomplishments achieved for the new business areas that the company was focusing on, such as 3D printing, waste recycling and digital transformation projects.

In an effort to improve the execution power of the ESG Committee, the company restructured the committee this year to be more Business Group/Division-oriented. Under the new formation, the heads of the business divisions will each be assigned to oversee the Environment, Social or Governance pillar and to manage the respective execution plans and performance results.

“Doosan Enerbility has made improvements to our ESG management system as part of our efforts to effectively promote our company’s sustainable growth and create social value,” said Yeonin Jung, President and COO of Doosan Enerbility. He added, “Through the continual issuing of the Integrated Report, which is to contain valuable information on the company’s ESG performance, we plan to actively communicate with all the stakeholders.”

The recently released Integrated Report can be found on the Doosan Enerbility website, under the menu title “Sustainability.” 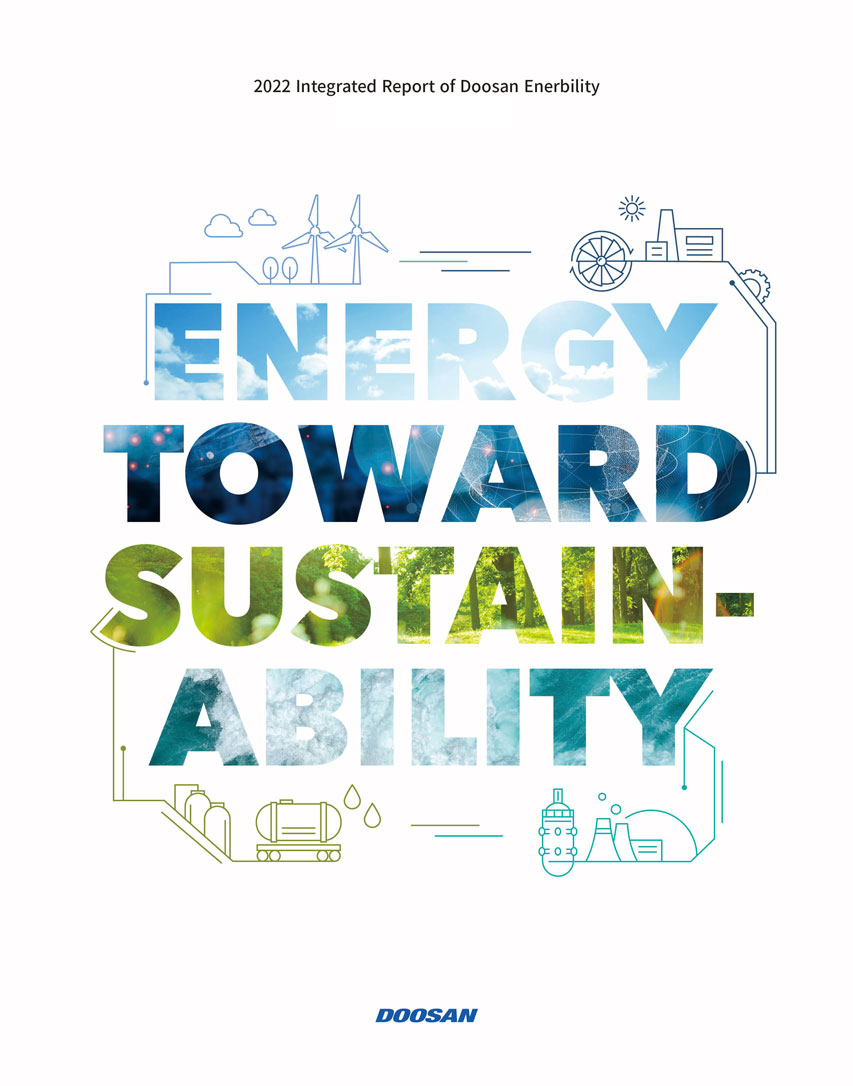