Doosan Enerbiity announced on November 3rd that its Vietnamese subsidiary Doosan Vina had signed a memorandum of understanding with Denmark’s state-owned energy company Ørsted on “Cooperation for the Supply of Offshore Wind Turbine Substructures.”

In attendance at the MoU signing ceremony that took place at the Denmark-Vietnam Sustainable Energy Summit, which was held in Hanoi, Vietnam to celebrate the 50th anniversary of Denmark-Vietnam diplomatic relations, were key figures from both countries, including His Royal Highness Crown Prince Frederik of Denmark and Dang Hoang An, Vietnam’s Deputy Minister of Industry and Trade, as well as related parties from the two companies, such as Virginie Van de Cotte, Ørsted’s Chief Procurement Officer; Jaeyi Kim, Doosan Enerbility’s Wind Power Business Unit Head and Hyotae Kim, CEO of Doosan Vina.

With the signing of this MoU, Doosan Vina will be supplying the monopile foundations, which are substructures of offshore wind turbines, for Ørsted’s global offshore wind power projects that are currently underway in regions, such as Southeast Asia, the Asia Pacific region and Europe. A monopile, which is a circular steel structure created out of thick hot-rolled steel plates that are subjected to welding, is driven into the seabed as a support structure for offshore wind turbines. Being relatively easy to manufacture and install, monopile structures are becoming widely popular across the globe, centering around the European region.

“Doosan Vina, which was founded in 2007, has gained recognition over the years for its expertise in manufacturing large structures by successfully supplying the main equipment of power plants and chemical plants as well as port cranes, to clients in over 30 countries,” said Hyotae Kim, CEO of Doosan Vina. He added, “Through this partnership with Ørsted, we plan to expand our foothold in not only the Vietnamese offshore wind power market, which is forecast to grow to 7GW by 2030, but a wider global wind power market.”

Doosan Enerbility, which started the offshore wind power business in 2005, currently owns the 3.3MW and 5.5MW wind turbine models, while a 8MW model is currently undergoing the commissioning process in Younggwang, South Jeolla province to meet the scheduled commercial launch date at the end of this year. A second wind turbine shop was built last year by Doosan to enable the manufacturing of the 5.5MW model, and other various efforts were made to expand the offshore wind power business, such as restructuring and upsizing the wind power organization and planning the development of ultra-large next generation models. 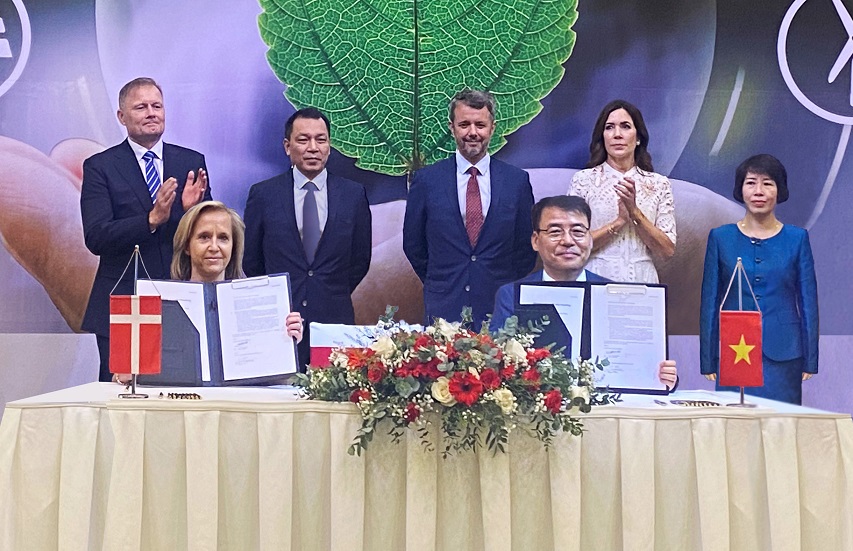