Doosan Enerbility announced on November 14th that it expects its hydrogen gas turbine business to gain momentum in line with the government’s disclosure of plans to increase the share of clean hydrogen-based power generation. The South Korean government held the Hydrogen Economy Meeting (chaired by the Prime Minister) last week at which the direction of the policies for creating a hydrogen economy were disclosed.  This included the plan to increase the share of clean hydrogen power generation from 0% in 2022 to 2.1% by 2030 and 7.1% by 2036.

Doosan Enerbility’s target is to complete the development of a large-sized hydrogen gas turbine by 2027.  A hydrogen gas turbine is a key component of hydrogen-fueled or hydrogen-LNG fueled combined cycle hydrogen power plants.  Doosan Enerbility is currently participating in a government-led project together with the Korea Institute of Machinery and Materials(KIMM), one that is titled “Development of Eco-Friendly 50% Hydrogen-Fueled Combustor for 300MW Hydrogen Gas Turbine.” This past August, the company successfully completed the testing of 30% hydrogen co-firing for hydrogen gas turbine combustors and is planning to conduct another test next year on 50% hydrogen co-firing for the gas turbines.

“To make Korea the global leader of the hydrogen gas turbine sector, the domestic industry-academia-research sectors, public corporations and local government bodies are joining forces and pushing full speed ahead with development efforts,” said Hongook Park, CEO of Doosan Enerbility’s Power Services Business Group.  He added, “Through such efforts, we aim to contribute to not only the achievement of our country’s nationally determined contribution (NDC) targets, but in also fostering the growth of the local hydrogen gas turbine industry which consists of approximately 340 local market players.”

According to data from Japan’s Yano Research Institute, the hydrogen gas turbine market is forecast to grow to the size of KRW 40 trillion by 2030.  Owing to the high marketability, the leading global gas turbine manufacturers are at present busily engaged in the development of hydrogen gas turbines, with their target plan being to develop mid to large-sized 100% hydrogen-fueled gas turbines by around 2030. 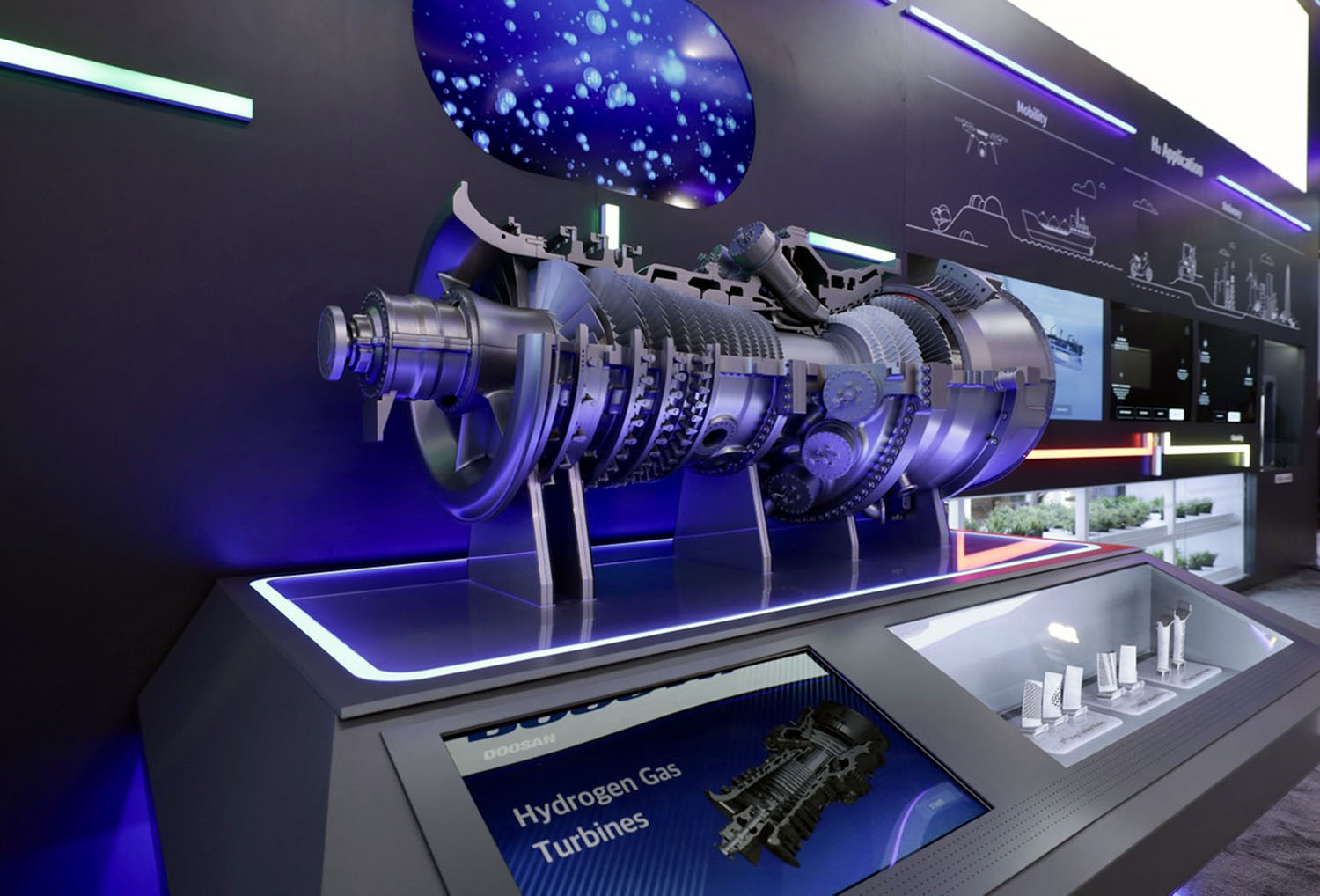